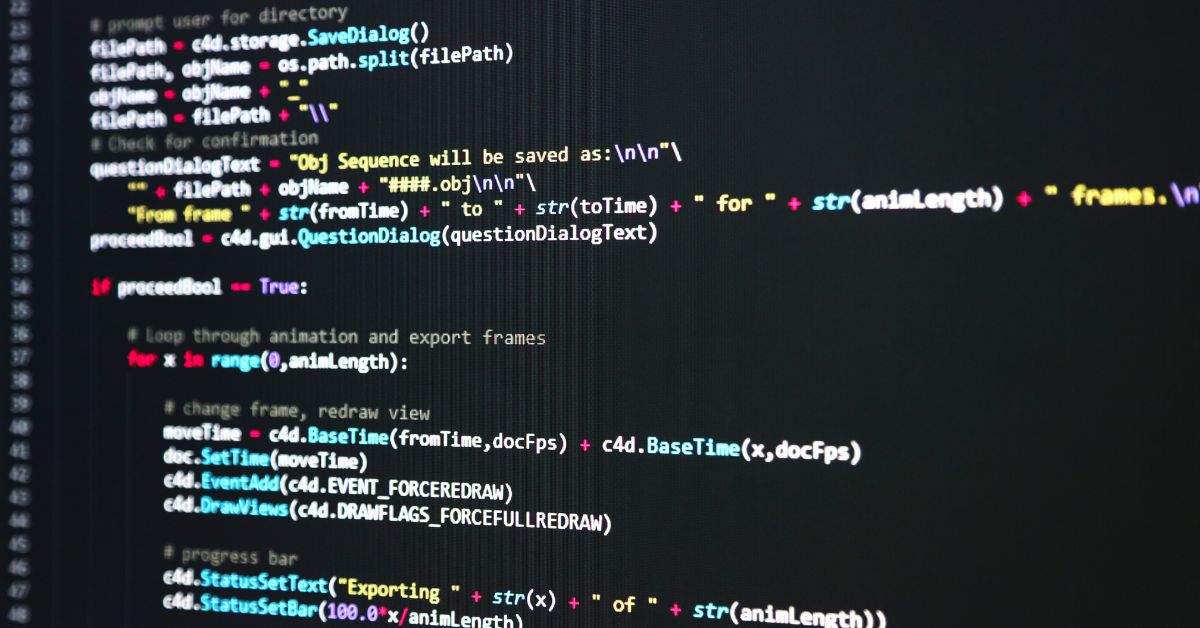 Python is a high-level open-source programming language. It was designed with readability as one of its most important features. Though the core language is minimalist, there is a standard library that simplifies many common tasks and makes the coding process much easier for newcomers – including some tutorials for first-time users!

Python is a programming language with many features. Python is easy to learn for beginners and has powerful libraries for data analysis and machine learning. What does Python code look like?

You can write code in Python using white space, indentation, and comments. The following shows how a simple program might be written in Python.

The first line is a comment describing the purpose of the program.

The next two lines are functions, which are chunks of code that perform a specific task.

Next, there is an input statement, where someone can enter data into the program.

Lastly, there is an output statement displaying the results on the screen.

Why it’s best for beginners

Python is often heralded as the best programming language for beginners. And for good reason! Python is easy to read and understand, making it perfect for beginners who are just starting out.

Additionally, Python comes with a wealth of resources and support, so if you’re ever stuck, help is always available.

Finally, Python is incredibly versatile, so once you’ve learned the basics you can use it for a wide variety of tasks.

Assuming you have downloaded and installed Python, the next step is to install a few key libraries that will be used throughout this tutorial series. In particular, we will be using the NumPy, SciPy, and matplotlib libraries. These can be installed using standard package managers like pip or easy_install.

Python is a programming language with many features. In this section, we will go over some of the basics of the language. We will learn about variables, loops, and functions. We will also learn about lists, which are a type of data structure in Python.

Variables in Python Variables are used to store and manipulate data. Without variables, we would have to type the same piece of information over and over again. You can create a variable by declaring it: age = 18 This declares the variable age to be equal to 18.

To use the value stored in a variable, you just use the variable name: print ( age ) When run, this program prints Just an example of what happens when you use Python.

In this case, it printed 18 because the age was equal to 18. Now let’s take a look at assigning variables: x = 5 y = 1 The above code declares two variables and assigns them integer values of 5 and 1 respectively.

If you’re just getting started with Python, these tutorials are a great way to learn the basics. And even if you’re already familiar with the language, they can be a helpful refresher. Either way, we hope you find them useful and that they help you take your Python programming skills to the next level.